Culzean Country Park is the most popular National Trust for Scotland (NTS) property attracting 200,000 visitors annually. It is situated on the Firth of Clyde, 19 km south of Ayr on the A719, 6 km west of Maybole, off the A77. There is a range of visitor facilities including car parking, refreshment points, exhibitions, information and toilets. The main areas of the Park are accessible for disabled visitors. Ranger-led walks can be booked for groups and an events programme is available from Easter to the end of September. 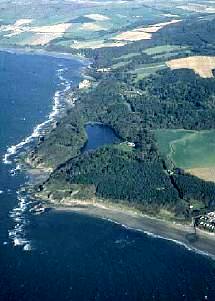 A regular bus service to Maidens passes the entrance. An approach bycycle along A719 is feasible, though particular care should be exercised when tourist traffic is at a peak.

Please note that there is an admission charge between mid-March and the end of October for people who are not members of the NTS.

A719 approach needs care, but cycling is good within the grounds.

Culzean is a typical Scottish lowland estate covering around 600 acres. Its heritage status is due to the exceptional designed landscape and Robert Adam’s magnificent clifftop castle. In addition to the fifty traditional buildings, Culzean has mixed mature woodland, 130 acres of farmland, two major gardens, freshwater ponds and five kilometres of coastline. The sandy bays, rocky shoreline and hundred foot cliffs are part of the Maidens to Dunure Site of Special Scientific Interest, the best example of coastal deciduous woodland in Southern Scotland. Following a survey by the Scottish Wildlife Trust’s wildlife sites team the Country Park was confirmed as a Listed Wildlife Site because of its significant wildlife interest.

The combination of mixed woodland in a coastal setting provides a wide range of habitats and a resultant healthy bird list of 110 to 120 species annually of which around 50 breed. 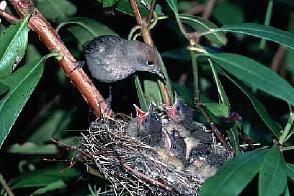 From April to June the main woodland interest is the breeding warblers with around 100 pairs breeding annually. Blackcap, Chiffchaff and Willow Warbler are common with smaller number of Garden Warbler, Whitethroat, Grasshopper and Sedge Warbler and occasionally Wood Warbler. Other breeding birds of note are Barn Owl, Kestrel, Sparrowhawk, Tawny Owl, Stock Dove, Great Spotted Woodpecker, Bullfinch, Goldfinch and Siskin. Several kilometres of pathway are kept open throughout the woodland and patience is very often rewarded. In winter the shelter of the woodland is a haven for Redwing and Woodcock during severe weather. Mixed flocks of Goldcrest, Long-tailed, Coal, Great and Blue Tits are a winter feature often numbering 80-100 birds.

Swift use the nest boxes on the main buildings, House Martin have recently recolonised and the Swallow population is at saturation point, especially in the Walled Garden where every available nest site is used. Live images of one pair of nesting swifts in the exhibition loft have been relayed back to the information area and, although it is early days, we hope to improve the quality and that this will become an annual event. 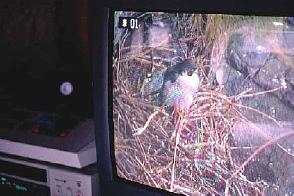 Another camera has been installed on the Castle cliffs and this has proved productive in recording Raven breeding, the daily life on the Fulmar colony (not spectacular!) and Peregrine Falcon nest prospecting. The Ravens and Peregrines are regularly seen in the air around the Castle. The coastal dimension is obviously a very important part of Culzean and the cliff walk has several locations which are ideal for sea watching, species varying with the season. Gannet and auks from Ailsa Craig can be seen in spring and summer while divers, grebes and the occasional influx of Manx Shearwater brighten up the winter scene.

The Swan Pond is probably more interesting in winter rather than spring and summer due to the build up of overwintering duck. Pochard, Tufted Duck and Goldeneye swell the numbers, though Mallard are still the commonest. You never know what to expect and in rough weather species more usually seen at sea, such asLong-tailed Duck, may put in an appearance and there are regular records of Gadwall, Pintail and Smew. Winter numbers of Little Grebe have recently built up to around 20. Look out for Heron roosting in the field adjacent to the Swan Pond car park, 19 is the highest count so far.

Spring at the Swan Pond is virtually a battlefield as numerous pairs of Mute Swan attempt to secure nesting territories. At least pairs eventually settle and build and one pair uses a quiet cove on the coast. Little Grebe, Water Rail and Tufted Duck are around all the time and the arrival of Lesser Black-backed Gull usually announces the broods of Mallard chicks being brought to the pond from their woodland nests.

Status as at February 2001 and including historical data.