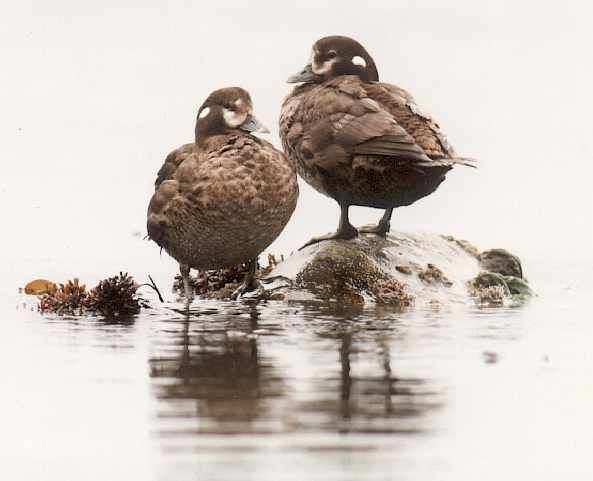 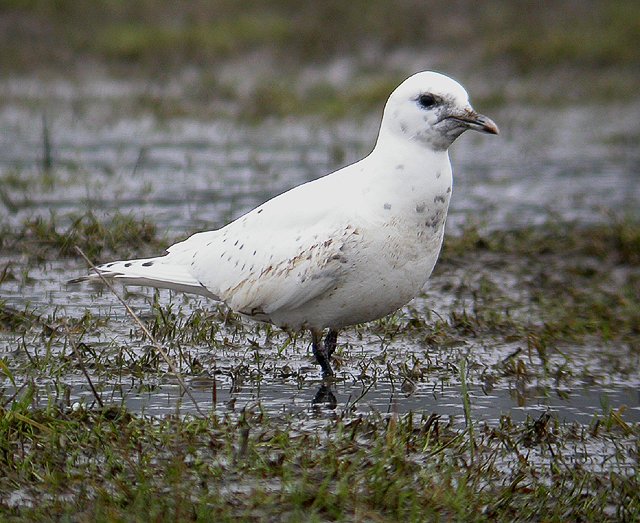 Since the last update on the status of our rarer species was carried out in 2001, a review of all records was carried out in July 2012. The results appear in the table below. One or two points should be made at the outset.  While this is an attempt to identify and register records of these birds, the list can, at best, only provide an interpretation of how many birds have occurred.  Returning individuals, for example, will constitute only a single record, and the whole exercise involves some guesswork with species such as Green-winged Teal where birds will move around during the winter period.  On the other hand, some species such as King Eider and Ring-billed Gull can be assumed to be returning individuals either by distinctive plumage markings (if you’re brave enough!!), or by the bird’s affinity to a given location.

Some birds have disappeared from the list altogether, having crossed the magical 20 records threshhold – these are Little Egret, Red Kite, Hobby, Long-tailed Skua and Nuthatch, perhaps the most spectacular departure being Long-tailed Skua.  Of course, others have been added to the list, and this is only possible through the submission of detailed descriptions to the appropriate bodies.  Observers should not be put off by the thought of this – the results of the deliberations of ABRC, SBRC and BBRC are, after all, not a judgement on a person’s honesty or ability to identify birds.  However, the acceptance of a standard of verification by such bodies ensures that the list itself is maintained at as high a standard as possible.  Don’t assume that these panels are immovable either – the recent review of Yellow-legged Gulls in Scotland affected a number of Ayrshire records which had previously been accepted.  However, the SBRC did, at the same time, provide improved recognition criteria for what remains a very rare Scottish bird.

Some symbols appear in the table, and these refer to birds which have either been deliberately introduced/re-introduced at some time in the past, or birds whose truly wild origins could be questioned (*).  Examples would include species such as Snow Goose, White-tailed Eagle or Capercaillie.  The (FB) symbol appears beside species which formerly bred e.g. Chough, and the ? symbol refers to a record (or records) which have been accepted, but where the exact numbers are unknown, Pallas’s Sandgrouse being the sole example.  American Bittern has been bracketed due to uncertainty regarding this record and, finally, the dagger symbol beside Green-winged Teal simply denotes that some doubt exists over the exact number of individuals or records involved.

While almost everyone likes to see rare birds, observers are reminded of two things:  firstly, the bird must always come first when news of a rarity breaks and birders rush to the scene.  Please show consideration for the bird and keep a sensible distance from it, thus ensuring that others might have a chance of seeing it, and also allowing a possibly exhausted migrant a chance to rest and feed.  Secondly, rarities are, if you like, the “icing on the cake.”  A lot of other, more common species, remain under-recorded within Ayrshire, and information on these species is maybe more important than ever nowadays.