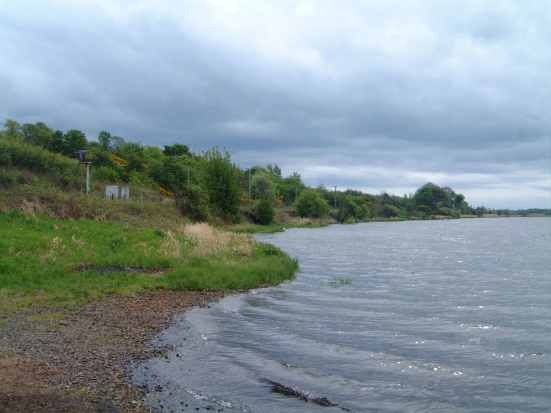 Kilbirnie Loch (NS 0 545), situated in the floodplain between Kilbirnie, Glengarnock and Beith, runs south-west to north-east for almost 2 km and is about 0.5 km wide for the most part. It can be accessed by following the B777 to the Lochshore Industrial Estate. This provides ample parking but the last several hundred metres of road which leads to the boat launching area in the south-west corner of the loch is very badly potholed.