These two adjacent sites are just five to ten minutes walk from Kilmarnock town centre. On foot, the Kay Park, OS grid reference NS 434 83, can be reached from the town centre by taking the road running down behind Henderson Church opposite the pub now known as The Saltire on London Road or from De Walden Terrace at Kilmarnock College. Parking is available by the pond off the B7082. Townholm (NS 433 87) can be accessed on foot from: the Kay Park at Strawberry Bank, South Dean Road in New Farm Loch, at the ford on Dean Lane, and off Beansburn. By car, take the turning off the B7082 and park by the five-a-side football complex. 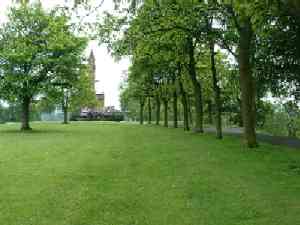 Kay Park and Townholm, along with Dean Country Park, form a band of green space running between the town centre and the countryside to the north of the town. The 0 acre park, with its monument to Robert Burns, is largely manicured, recreational parkland. Most interest occurs along the Kilmarnock Water. This area contrasts with Townholm which, with a more left to nature appearance, is comprised of rough grassland, wasteland, scrub and a small area of mixed woodland. There is little evidence that a housing scheme once stood here. The habitat difference is reflected in the species lists for the two sites.

Birdwatching, Timing and Points of Interest 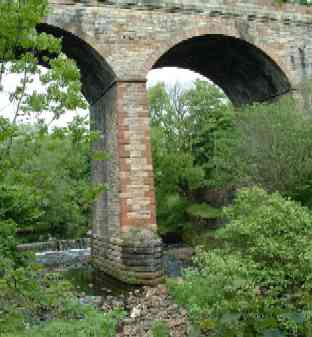 The Kay Park supports breeding Dipper, Grey Wagtail and Spotted Flycatcher among the typical parkland species. The best viewpoint of the river is by the weir at the viaduct on the park side, however, much of the town side of the river provides the best visibility. Bullfinch can often be found in the bushes by the tennis courts (NS 432 82) and Siskin in the alders by the viaduct. In recent years the pond (NS 435 83) has become more interesting (perhaps due to the lack of boating activity) with breeding Coot, Moorhen and Mute Swan. Grey Heron and Cormorant are often present, particularly in winter. The recent autumn and winter (2001/2002) saw, surprisingly, up to a dozen Goosander at times and were probably part of the daily movements of birds between the River Irvine and North Craig Reservoir. Additionally, nesting Herring and Lesser Black-backed Gulls can be observed on the roofs of Kilmarnock College buildings.

Townholm is of greater interest and wildlife value with breeding Blackcap, Garden Warbler, Willow Warbler, Whitethroat, Sedge Warbler, Dipper, Grey Wagtail, Spotted Flycatcher and five species of finch. Kingfisher puts in an appearance during the autumn and winter and sitting patiently by the pipe (NS 433 89) or the footbridge (NS 432 89) can sometimes be rewarding. Bullfinch can be observed regularly in riverside scrub at (NS 436 89). Small flocks of Siskin occasionally occur in winter in the small stand of alders here. Most of the occasional or locally scarce species mentioned in the list below have occurred at this site.